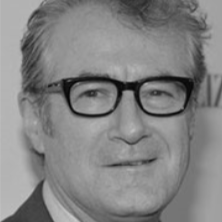 An award-winning screenwriter and director, Christopher Monger sees The House of Abraham Phillips engaging new audiences with the story of Wales – recovering the dark history of this doomed mine reinvigorates a past that should not be forgotten.

His produced credits include The Englishman Who Went Up A Hill But Came Down A Mountain starring Hugh Grant, Colm Meaney and Tara Fitzgerald (Miramax Films, 1995), Waiting For The Light starring Shirley McLaine and Teri Garr (1990), Crime Pays starring Ronnie Williams and Veronica Quilligan (Film Four International, 1986), and Voice Over starring Ian McNeice (1983). He also wrote the extraordinarily popular and record-breaking television film Seeing Red (Granada and WGBH, 1999) for which he received a Christopher Award, and wrote and directed Girl From Rio (2001) which won the Hollywood Film Festival. He is currently adapting Jonathan’s Harr’s The Lost Painting for Miramax Films.

Apart from his film work, he still paints and is a member of the PHARMAKA group of painters in Los Angeles. He was born in Ffynnon Taf (Taff’s Well) not far from the Lan Colliery. He currently lives in LA.