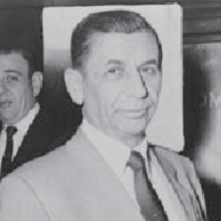 The son of Jewish immigrants from the Ukraine, Lansky grew up on the streets of New York City and early on decided he’d rather die on his feet than live on his knees. He’s seen all the hypocrisy of society and its systems of power, and while the disdain this knowledge instills in him leads him to a life of crime, it also breeds in him a yearning to bend it to his own purpose, to operate legally and in the open, though that may mean working to change the definition of what’s legal. Intelligent and discreet, cold and calculating, he lives within a shell that few penetrate, and it is those qualities that allowed him to rise to control one of the largest money laundering financial systems of the 20th century.