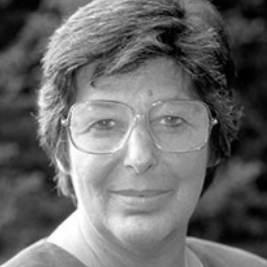 A multi-award-winning producer, Ruth Caleb was the BBC’s first female head of drama and she has a string of high-profile production credits to her name. In the 1990s, she was appointed Head of Drama at BBC Wales, and then became Acting Head of the BBC’s Drama Group, overseeing seven areas of drama.

Ruth’s production credits as producer and executive producer include award-winning television dramas such as Old Devils and the Welsh language film Dafydd (directed by Ceri Sherlock), and television films such as Care (winner of the Prix Italia for Best Drama and the BAFTA Award for Best Single Drama), Tomorrow La Scala (screened at Cannes, where it received a seven-minute standing ovation), Out of Control (winner of the prestigious Michael Powell Award for Best British Feature Film), A Short Stay in Switzerland with Julie Walters and A Poet in New York with Tom Hollander. Her critically acclaimed theatrical releases include Stonewall, Last Resort (directed by Oscar-winning Pawel Pawlikowski) and Bullet Boy.