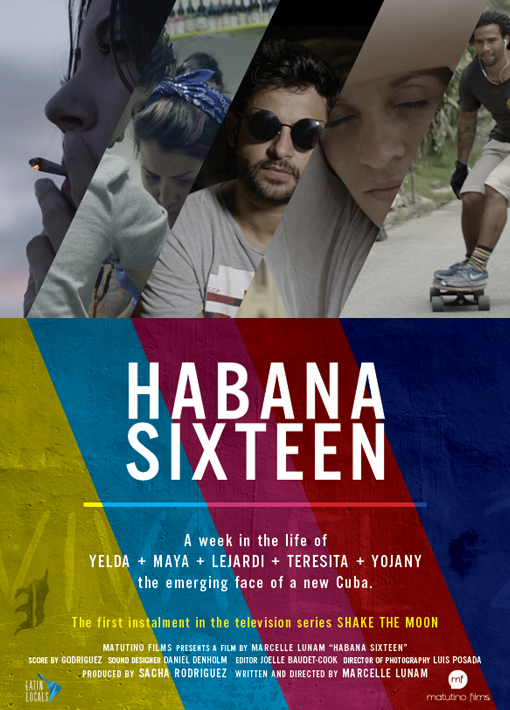 HABANA SIXTEEN is the first installment of a new television series on world youth*.

HABANA SIXTEEN is a Valentine to Cuban youth, a portrait of Havana’s alternative youth culture as seen through the eyes of;

In this stunning new TV documentary, we spend a week with each one of them, discovering some of their dreams and hopes for the future. HABANA SIXTEEN celebrates the life-blood of youth culture; skate, dance, music, art and self-expression.

*SHAKE THE MOON is a new TV series taking us inside a week-in-the-life-of 5 of the most adventurous youths breaking the mold in Cuba, Mexico, New Zealand, Norway, Nepal, India and China. Each episode is dedicated to a city that is in some way ‘fluid’ - Whether it’s overcrowding, tough socio economic conditions, politics or natural phenomenon, we see a resilience and hopeful spirit in these youth that’s totally inspiring. SHAKE THE MOON is a foray into global youth culture through the eyes of the youth living in ‘difficult’ cities, or cities on the cusp of change.